One Pair of Glasses Can Change a Life

For Joe Chambers, eye care is in his blood. And service is in his nature. 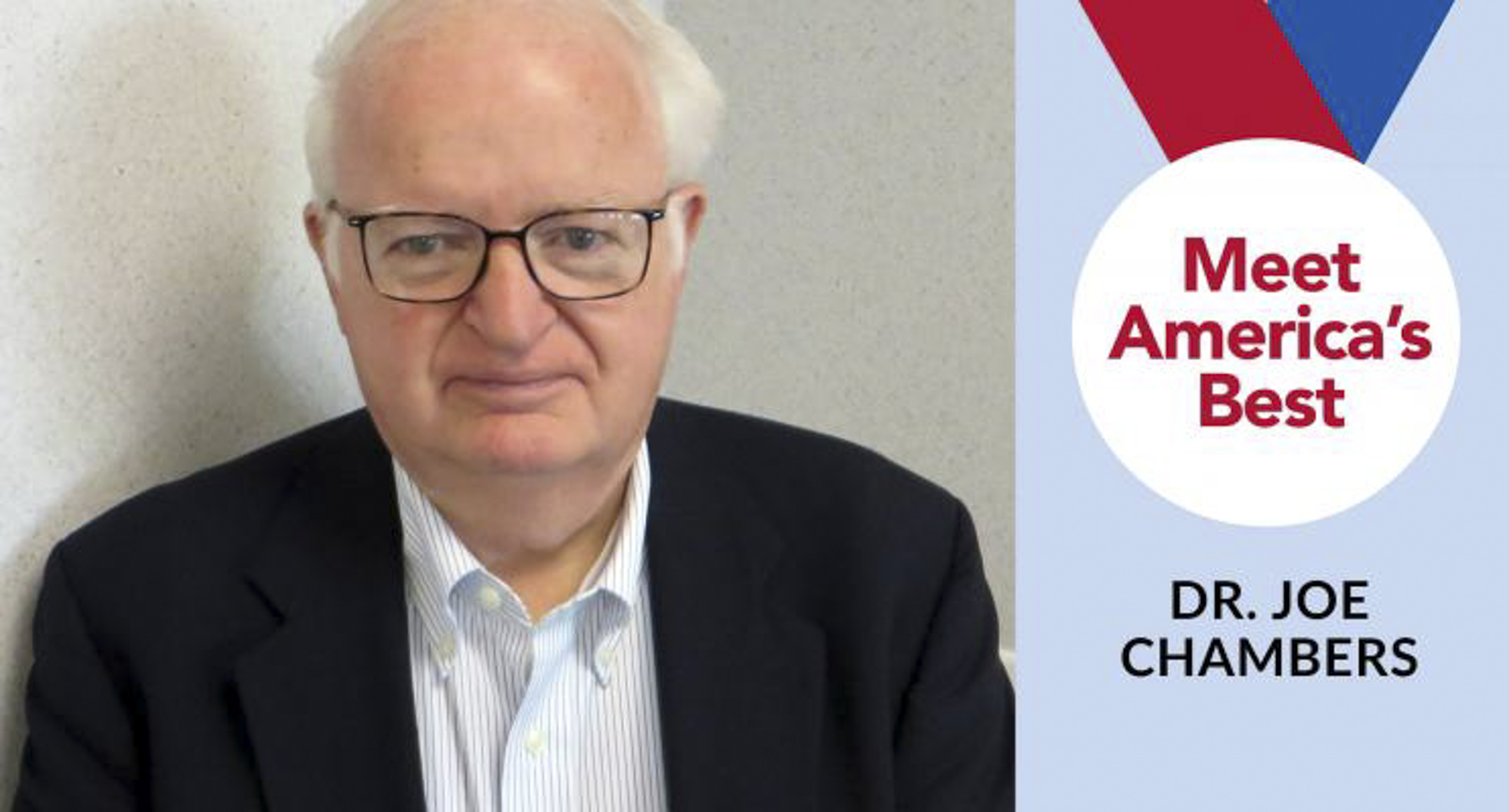 “There are nine optometrists in my family,” says Joe Chambers, O.D., proudly.

A semi-retired optometrist in Erwin, Tennessee, Dr. Chambers ticks through the list: his father and two uncles were both optometrists, and his older brother is an ophthalmologist. A sister and cousins also followed the family path.

Growing up in Tennessee, Dr. Chambers spent a lot of time at his dad’s optometry practice.

“I used to go down after school and watch what was going on,” recalls the 73-year-old, who sees patients at the America’s Best Contacts & Eyeglasses in Johnson City. “It looked like a good way to work with people and provide a really important service.”

So it was no surprise when he graduated with a doctoral degree from the Southern College of Optometry in May 1970. And given his inclination to help people, it was also no surprise when he signed up to serve his country with a stint in the U.S. Army.

He entered as a captain and, soon after basic training in San Antonio, Texas, he headed up to Fort Wainwright, Alaska, about 100 miles south of the Arctic Circle. That’s where he spent most of his active-duty military service as chief of optometry at Bassett Army Hospital. There, at the height of the Vietnam War, he cared for the eye health of thousands of GIs.

Eye doctors are an important part of your health-care team. Book your next eye exam today!

After three years, his stint in the army was over, but his service to his country was only just beginning. Returning to Erwin, he entered private optometry practice. But the desire to serve his country still had a hold on him. He joined the Air National Guard, where he put in another 21 years, rising to the level of lieutenant colonel.

It was a busy couple of decades. While running his optometry office during the week—and raising a family with wife Darlene—Dr. Chambers served one weekend a month with the Guard.

“We worked with all the pilots and flight crews,” he recalls. “They had different visual requirements and different issues to deal with, not just ordinary eye exams. It was really interesting work.”

He finally retired from military service in 1994, but—you guessed it—service continued to be a big part of his life, especially as a member of the Tennessee State Board of Examiners in Optometry.

“The thing that I was proudest of was when I was chairman of the board—we expanded optometry to include therapeutics,” he says. “That meant that optometrists were now licensed to treat conditions like infections, inflammation, and glaucoma. It was a big step forward.” Today, this is the norm throughout the United States.

His Second Act: Eye Care with a Twist

In 2016, when Dr. Chambers finally retired from his private practice, there was still no slowing him down.

Working part-time for America’s Best has given him the time and the opportunity to serve in a totally different way—as part of the Lions Club’s Mobile Medical Missions team of volunteer optometrists, opticians, and ophthalmologists bringing vision care to the people of the island nation of St. Vincent and the Grenadines, in the Caribbean.

“This year will be my fifth trip there,” says Dr. Chambers, who’s also gone to Honduras and Belize with other groups. He’s especially excited because his daughter and three granddaughters are coming along to help out.

On a typical mission, Dr. Chambers says, the eye doctors see about 700 patients in one week. “We do eye exams, treat glaucoma, and refer patients for cataract surgery,” he says.

The best part? Helping Vincentians achieve the clearest vision possible by outfitting them with new eyeglasses, thanks in part to donations from America’s Best’s parent company, National Vision Inc. And when the glasses they’ve brought along don’t do the trick, Chambers won’t give up.

“I had one child who was nearsighted,” he recalls, “but we didn’t have any glasses in her strength. I brought the prescription back home with me and had it filled at America’s Best and mailed them to her.”

It’s these kinds of interactions that have made his volunteer work so satisfying, he says. “So many ladies come to the clinic saying they just want to see better so they can read their Bibles and do their sewing,” he says. “It doesn’t sound like much, but it’s a big deal for them—and for me.”

The right pair of glasses can make all the difference in a person’s life. Just ask Dr. Chambers, who’s spent a lifetime combining optometry and service. Helping people—and helping them see better—is what he does best.