One man learns the hard way that an eye exam can reveal more about your health than you think. It might even save your life. 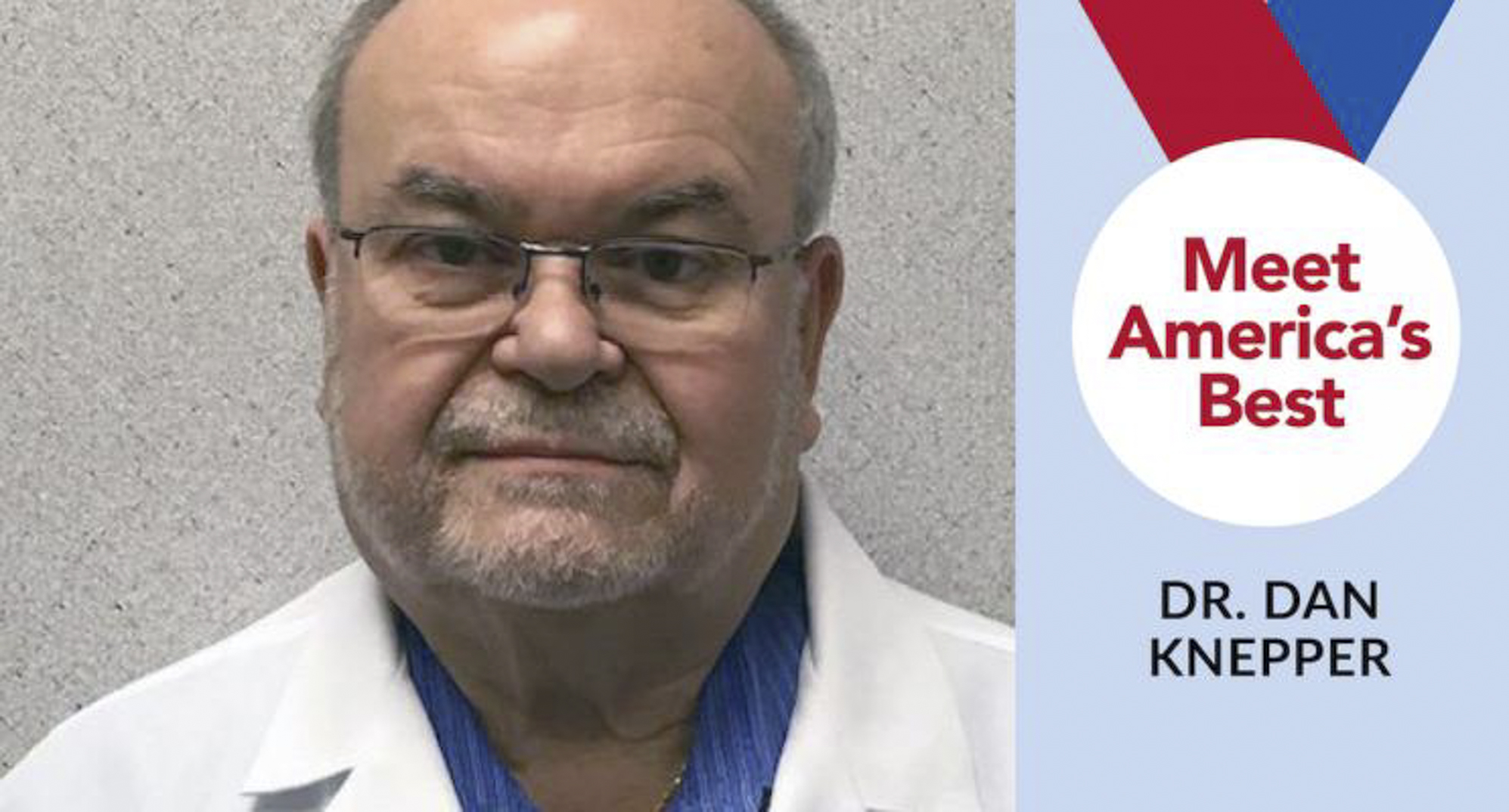 Dan Knepper, O.D., recalls an extraordinary day at the office.

When a man in his late 50s sat in the exam chair for a routine eye exam in the summer of 2018, Robert Simon, O.D., thought it was nothing special.

“He wasn’t complaining of any unusual symptoms,” recalls Dr. Knepper, who’s been practicing optometry for 38 years and has worked for America’s Best Contacts & Eyeglasses in Nashville since 2016.

But what the exam revealed was startling.

The man had multiple retinal hemorrhages—or bleeding from blood vessels in the retina, which lines the back of the eye and is responsible for sensing and processing light.

His optic nerves, which send visual signals to the brain, were both swollen. And his artery-to-vein ratio (which measures the width of the eye arteries in relation to the width of the veins in the eye) was extremely abnormal.

“It was the worst case of high blood pressure I’d ever seen in a patient,” says Dr. Knepper, explaining that the combination of those three symptoms set off major alarm bells.

Given the severity of high blood pressure (or hypertension) he spotted, Dr. Knepper urged his patient to go to the emergency room right away to get his blood pressure into a safe range. The patient initially resisted, stating he felt just slightly under the weather and preferred to go home and rest. But at Dr. Knepper’s and his optician’s insistence, the patient checked himself in to the emergency room—where he had a heart attack while waiting to be seen.

Fortunately, the man received immediate life-saving treatment. A few weeks after the scare, he returned to Dr. Knepper’s office to thank him: “He told me the ER doctor said that if he had gone home like he wanted to that day, he’d be dead.”

For Dr. Knepper, the experience of helping save the life of his patient was a rewarding one. He hopes the story will serve as a reminder to others to take their eye health—and annual eye exams—seriously.

High blood pressure isn’t the only sign of heart disease your eye doctor can spot. An optometrist can also tell if you have high triglycerides (or high deposits of fat in your blood) by looking at the color of the arteries in your eyes. Hardening of the arteries (or atherosclerosis) is also visible.

“I couldn’t have predicted his heart attack,” says Dr. Knepper, “but just by examining his eyes I knew something was really wrong. And when something that serious is wrong in your eyes, chances are there’s something very wrong in other parts of the body, too.”​​​​​​​