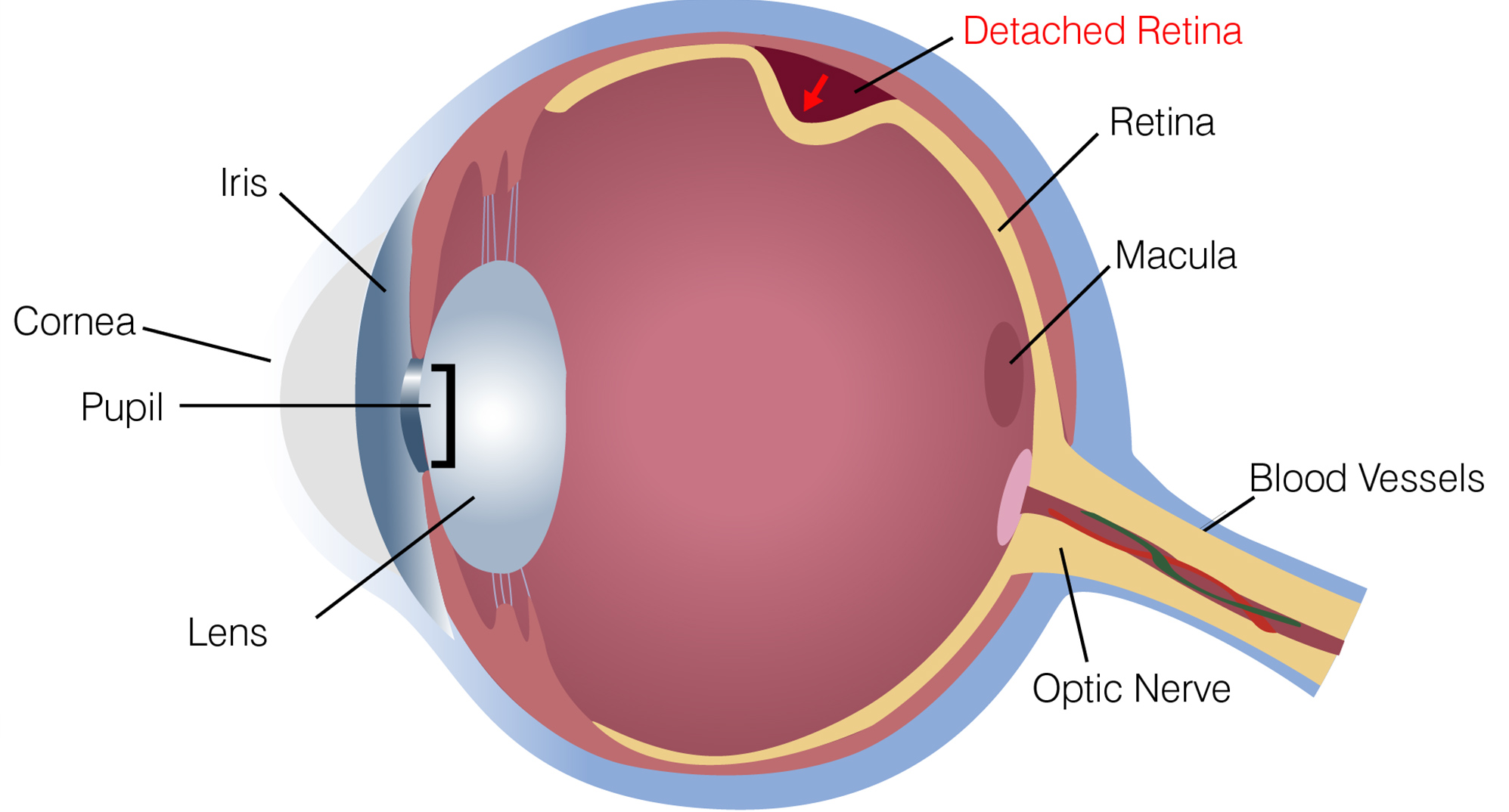 A detached retina is serious and can affect your sight.

A detached retina occurs when the retina becomes separated from the underlying support tissue and once that happens, the detached layers prevent the retina from functioning.

It is extremely important to get to a qualified eye doctor immediately if you believe you have a detached retina, since it can result in permanent loss of vision if the retina is not reattached soon.

Signs of A Detached Retina

You suddenly notice spots, floaters or flashes of light.

You see a shadow or curtain either come down from the top or across from the side of your eye.

These signs and symptoms can occur gradually or suddenly if the retina detaches quickly. The most important thing to do is to visit your eye doctor if you experience them and get checked out because waiting too long can lead to permanent vision issues and even blindness.

The only treatment for a detached retina is for an eye surgeon to reattach it.There are several methods used to do this and it usually requires surgery. The characteristics of the detached retina usually will determine the surgery or procedure necessary to treat it. Laser surgery and cryotherapy (freezing) are two commonly used surgeries to reattach the retina.

Though surgery does have risks, as previously mentioned without any treatment a detached retina will usually lead to permanent vision loss or blindness. In some cases, a second surgery may be necessary.

It is also important to note that complete vision correction will not occur immediately and can take several months. According to the Journal of the American Medical Association, up to 50% of people who experience a retinal tear will have another detachment later in their life.

In 1981, Champion boxer Sugar Ray Leonard was forced to retire because of an injury which caused a detached retina. If he had not quit fighting, he would have risked going blind.

Publisher and politician Joseph Pulitzer became blind in both eyes because of his detached retinas when he was in his 40s.

What is an Optometrist?