Your budding bookworm has a few subtle ways of letting you know something's up with his eyesight. 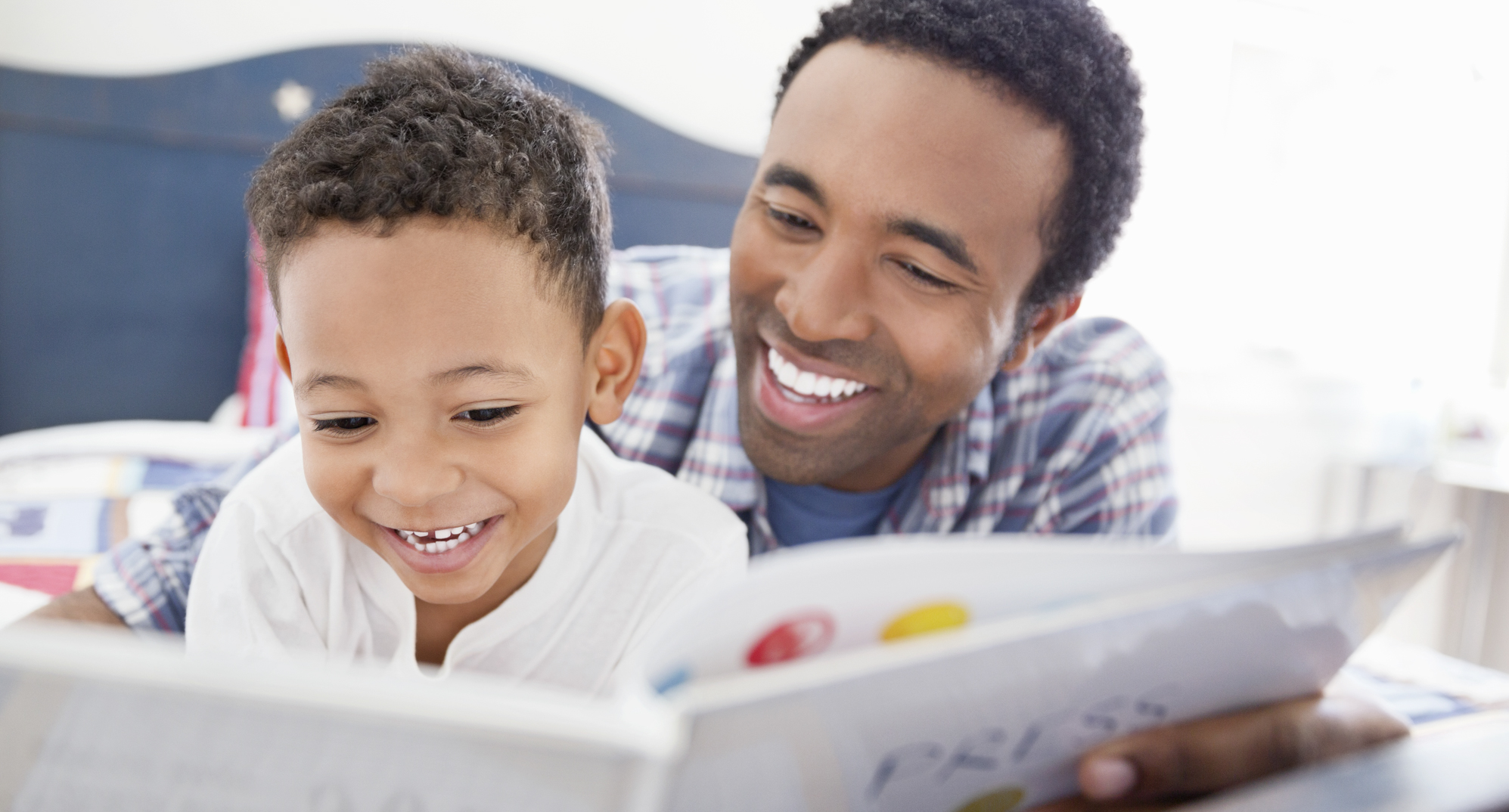 Here's what to look for

A book engages your child's imagination, but it works his eyes, too. While he's learning to sound out words and recognize letters, that's your cue to watch for signs of healthy vision.

"Before that, they tend to see things on a grander scale," she continues. "When they start reading, they have to look at fine details. And not just look at them, but pay attention to them, too."

The problem? Many signs of vision troubles resemble perfectly normal behaviors for young readers. So telling them apart can be tough.

"At the beginning, there's a lot of room for error," Dr. Czirr says. "They're learning a lot, and they have to wade through that."

The key to knowing the difference comes down to persistence. If your child continues a habit despite being corrected, or doesn't outgrow a behavior in a reasonable time frame, then a visit to the eye doctor is warranted.

Here are six tipoffs to watch for.

A child who can focus easily will likely have a posture that reflects that. But a child who moves awkwardly or unnaturally—who squints, turns or tilts his head, or constantly tries to adjust his visual angle—may be compensating for poor vision.

"If it just looks like your child is not comfortable or like they're trying to find a good spot, they could be seeking a better visual area," Dr. Czirr says.

It could indicate a high refractive error, meaning they're near- or farsighted. Or it might mean your kid's eyes are not converging properly.

"When we look far, our eyes diverge, or move outward. When we look close up, our eyes move inward, or converge," she explains. "If your eyes don't do that, it can mean they're not working together as a team."

Instead, one eye may turn out instead of in with the other eye, leading to double or blurry vision. Be sure to share any concerns with your eye doctor, who may conduct tests specially designed for diagnosing a convergence problem.

Tipoff #2: He Closes or Covers One Eye

One common eye condition to watch for in young children is amblyopia, when vision in one eye is weaker than the other. While this can cause one or both eyes to wander (as with crossed eyes) many kids with the condition have eyes that are perfectly straight.

What's more, an affected child may not complain of vision problems, simply because he gets used to it. "Most of the time," Dr. Czirr says, "kids don't know there's anything wrong because they don't know any different way of seeing—blurry is how they've lived their first five years on this planet."

A child who covers or closes one eye while reading may be trying to see with the better eye. If you're concerned, call the eye doctor. Eyeglasses, vision therapy, or an eye patch may help, but early diagnosis and treatment are key for success and a lifetime of good vision.

Tipoff #3: He Always Has His Nose in a Book—Literally

Holding books or e-readers very close to the face can be a sign of a refractive error: either farsightedness or severe nearsightedness.

But it can also be totally normal.

"With children, it's tough, because when they figure out something new, it's very exciting," Dr. Czirr says. "They may bring it in close just because they can."

Try pulling the book back, or just ask your child why he's holding it so close. If your child insists on keeping it right in his face, or if he gets upset when you try to pull it away, he may have a vision problem.

Tipoff #4: He Can't Remember What He Just Read

A child who shows poor comprehension or retention may be able to see just fine but struggles to process the information. Visual processing is your eyes' ability to work with your brain to understand what you're reading.

One way that eye-brain connection gets disrupted is due to a deficiency in eye movement. Specifically, in the tiny eye movements known as saccades that help you track words while reading.

"Essentially, your eyes are skipping around on the page rather than going in a straight line," says Dr. Czirr. "So you may be picking up on only half of a word." (Another sign: using a finger to keep his place. Many children are taught to read that way, but if the habit lingers, it could be a red flag.)

Ask your child questions about the story he just read. ("What happened to the puppy?" "Who was your favorite character?") The inability to correctly recall knowledge might point to a processing problem.

Children aren't exactly known for their long attention spans. But if your child can't make it past page two, he may not be able to see or process what he's reading.

"It could be that they see fine, but their eyes don't work well together," she says. "Or after a few minutes, one eye may get tired and turn in or out. And because reading's not comfortable anymore, they stop doing it."

In fact, many children with uncorrected vision problems show signs similar to ADHD, according to the American Optometric Association. "Kids can be diagnosed with behavior problems or learning disabilities when it's just that they can't read or can't process it," says Dr. Czirr.

It's worth a visit to the eye doctor to rule out vision problems.

You've probably heard that eye fatigue has become increasingly common among adults—thank you, smartphones and streaming services—but it turns out children are vulnerable, too.

"We're seeing issues in kids now that we didn't used to see," Dr. Czirr says, including tired eyes, dry eyes, and headaches due to eyestrain. "It's a whole new world we're foraging into, and this next generation might have a lot of new problems to deal with."

Don't let tired eyes keep your budding reader from the books. Be sure to limit daily screen time to one hour for 2- to 5-year-olds, and keep consistent limits after that, per American Academy of Pediatrics guidelines.

Make sure they read in a well-lit room, since reading in dim lighting can strain the eyes.

Last, be sure they get outside. A recent study tracked nearsightedness (myopia) in nearly 2,000 children with an average age of 6 over 3 years. It concluded that spending time outdoors in early childhood can reduce the incidence of nearsightedness.