Phoenix Schoolchildren Get a New View of Their World

It might sound like an exaggeration, but optician Irene Huerta knows it's true: a pair of glasses can change a child's life. 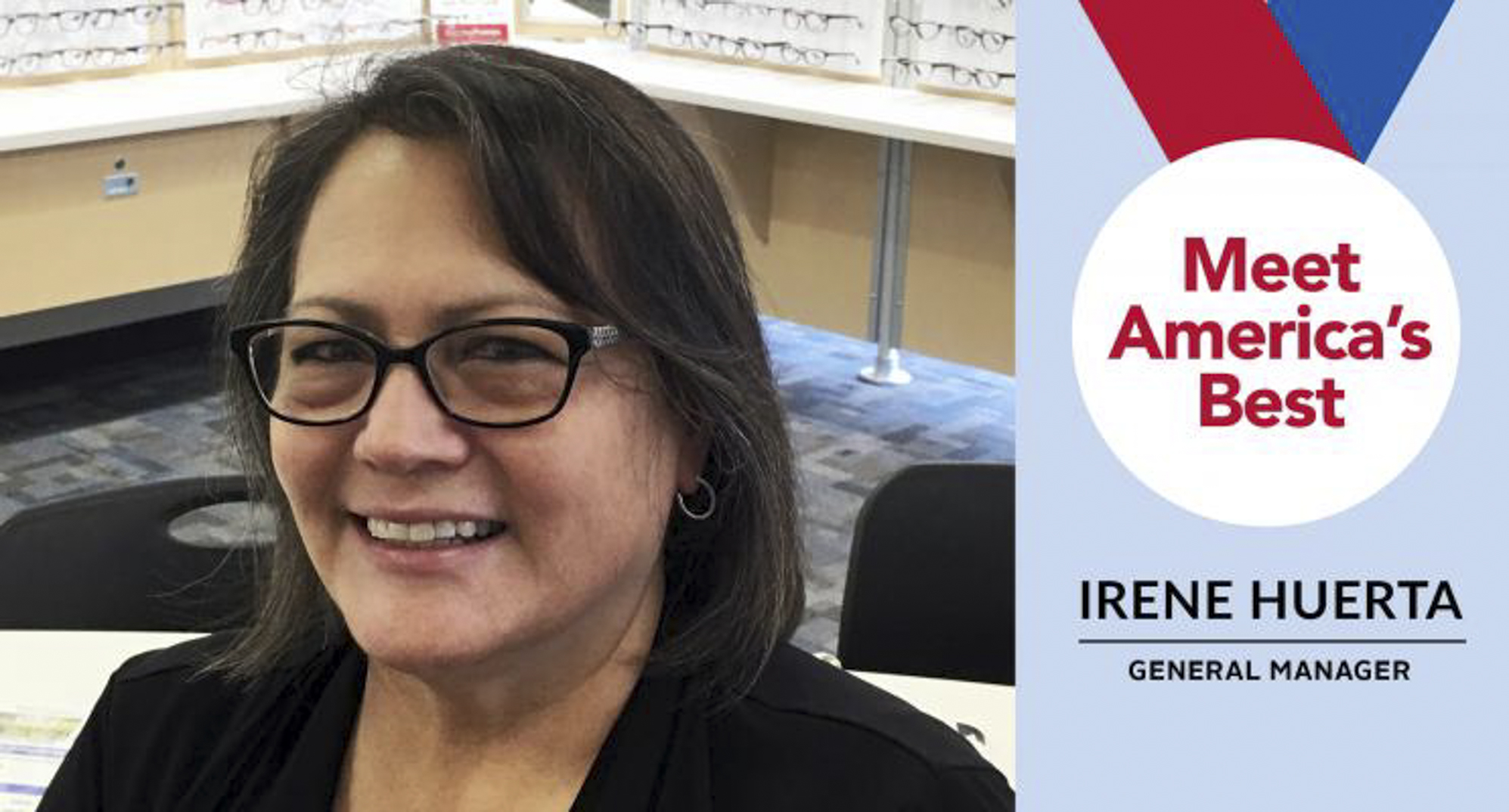 Too often, though, children’s vision problems go untreated due to cost, access to care, or other social or cultural barriers. When that happens, the consequences for kids are significant.

“When kids can’t see, it can lead to problems at school,” says Huerta, the general manager at America’s Best Contacts & Eyeglasses in Phoenix’s Desert Sky Festival shopping center. “They get bored, antsy, and bother other kids. They have trouble sitting still and talk too much. They act out.”

That’s why Huerta, who started at America’s Best 22 years ago as a receptionist, jumped at a chance in March 2017 to help schoolchildren in the community get much-needed vision care.

A teacher at Starlight Park Elementary School called Huerta after learning that the school was awarded a $3,000 grant to cover the costs of eye exams and eyeglasses for children whose families couldn’t afford them.

In all, the store treated about 50 children over a one-month period; by and large they all had easily treatable vision problems “and simply needed glasses for distance or reading,” says Huerta. Each child left with two pairs of properly fitted eyeglasses—and a new perspective on the world around them.

Making the glasses more affordable wasn’t the only way Huerta’s store helped the children and their families. The fact that she and her staff are bilingual helped put the children’s parents, many of whom only speak Spanish, at ease.

“Parents who don’t speak English are often afraid to bring their kids in to get their eyes checked because they can’t understand what’s going on,” says Huerta. “It’s a real problem.

“But we could communicate with the parents,” she adds, “making it easier to treat their kids.”

The most rewarding part of the experience, however, was “watching the kids put on their glasses for the first time,” she says. “They just looked around for a while and looked at themselves. It was amazing to see.

“Kids absorb so much at a young age,” she continues. “It’s an important time in their lives. If they can’t see, they’re missing out.”