Pretest Before the Exam 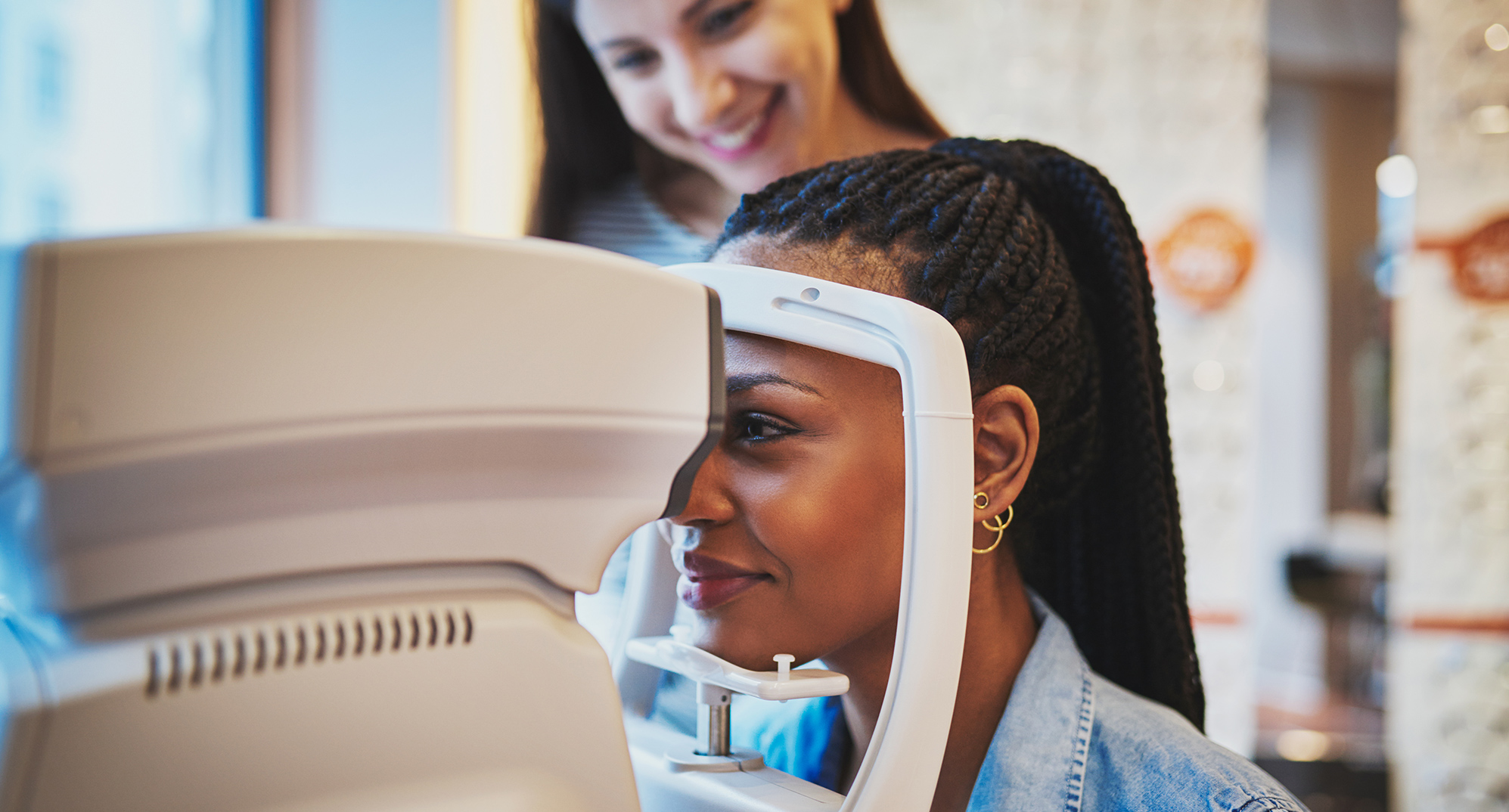 The pretest, or 'prescreen,' gives the doctor a preview of your eyes.

The first part of your eye exam is called the pretest (or 'prescreen'). It's like a preview of your eyes and gives the doctor a better idea of what to look for in the exam.

Almost every patient will experience three basic tests in the pretest. The first test you will experience is the Visual Acuity Test (VAT), also known as an eye chart. This test is simple, you will be asked to read the letters on the chart as well as you can.

The next test is the auto-refractor. You will look into a machine and see an image, (a farmhouse or hot air balloon) that comes in and out of focus. The machine measures the shape and size of your cornea and provides a base prescription, which the doctor will later specify.

The last test is known as the eye-puff test. Its real name is the non-contact tonometer (NCT). The machine will release puff of air into your eye. This test can be used as an early indicator of glaucoma. This is a completely non-invasive procedure.

If you wear glasses, the technician can read the current prescription off of them during the pretest. Contacts and glasses will need to be removed for the majority of your pretest.

The Visual Field Test is an additional procedure and is highly recommended. It costs $15 and is completely optional, but it can help the doctor develop a more comprehensive eye care strategy for you and can serve as an early indicator of several conditions that affect eyesight. Learn more about the Visual Field Test.

The two following tests are performed on a less often, but may be administered during the pretest. One is a color deficiency (color blindness) test, which consists of identifying numbers while looking at a series of circles made up of dots. The other is a stereopsis test (depth perception), which involves wearing special lenses and identifying a 3-D element in some objects the technician will present.

The results of the pretest produce a picture of your eye health from which the doctor can effectively work during the main portion of the exam. Learn more about the exam process as a whole.