Dr. Miguel Manzano is putting his community first and inspiring others to follow his lead. 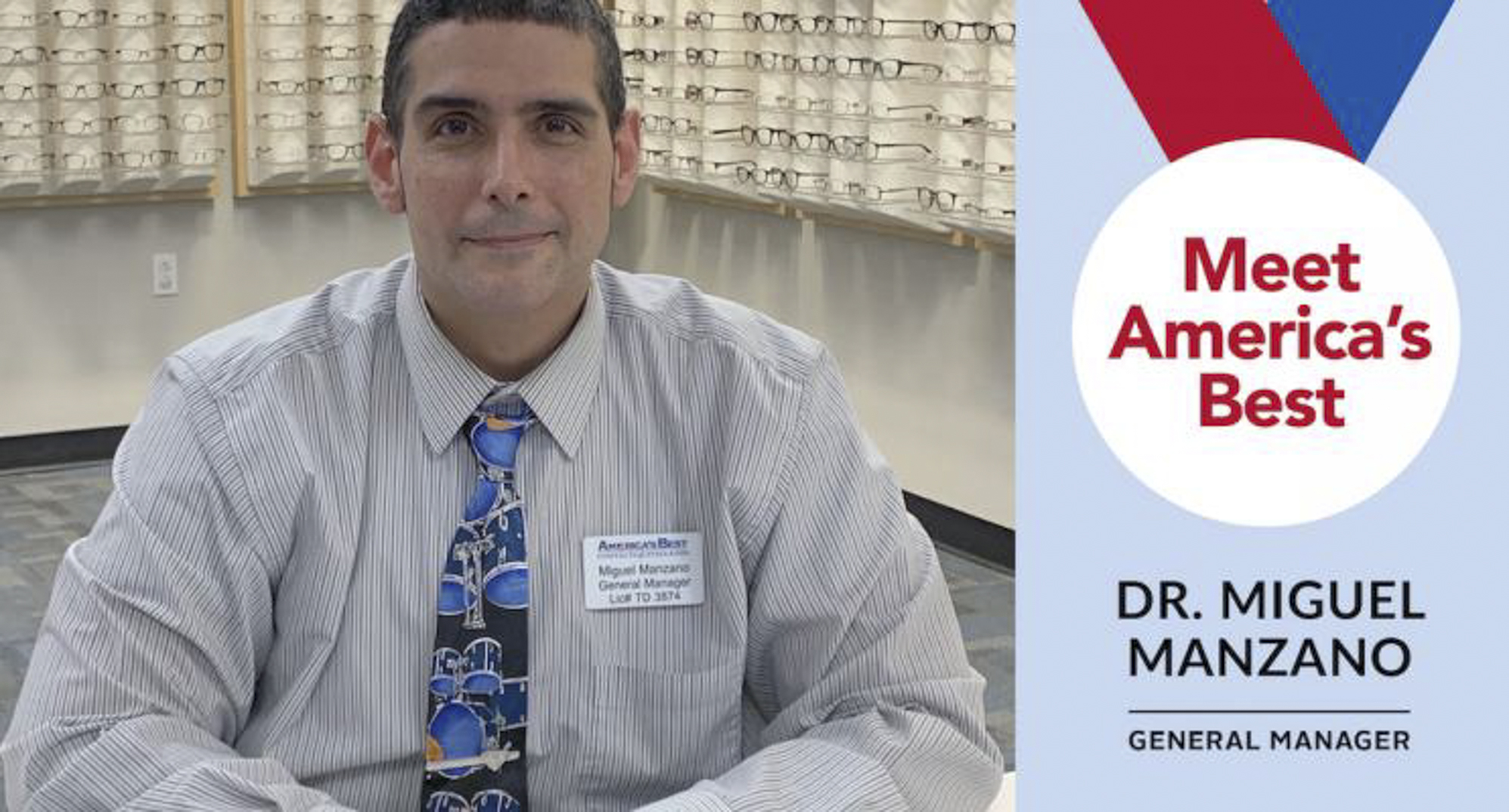 A pair of broken eyeglasses turned into a new career for a patient.

The folks at America’s Best in Cherry Hill, N.J., don’t always wait for patients to show up at the door. Some days, they're found in unexpected ways. For Miguel Manzano, O.D., optometrist and general manager, those are the best days of all.

Miguel’s favorite? The day he got a call from his wife, Melissa, a high school drama teacher. One of her star students, Jackie, a senior who’d had a baby in the middle of her junior year, was on the brink of graduation.

Prepping for her final exams, she had just settled down to study when she heard an ominous crunch and saw her glasses—and her future—smashed to smithereens. “Jackie’s been through so much,” Melissa told her husband. “I’d hate to see another obstacle in her way. Can you help?”

Later that day, Jackie arrived with 8-year-old brother in tow. Jackie got new glasses and aced her finals. And her brother, who’d never had an eye exam before, was diagnosed with nearsightedness and got his very first pair of specs. A happy ending? For sure. End of story? No way.

A couple of years later, Jackie, now working in a day-care center, dropped in for a visit with Miguel and Melissa. That’s when Miguel suggested that Jackie might like the optical profession. “It’s fun to help people, and there’s always something happening,” he told her. “Maybe you should give it a try.” Jackie decided she would.

“One of my friends is director of the ophthalmic program at Camden Community College,” Miguel says. “So we went for a tour of the campus.” Jackie was hooked right away and enrolled the next semester. “Her professors would call and saying how great she was doing. We were all so proud of her.”

A full-time student and a devoted mom, she also became an apprentice at—you guessed it—America’s Best. She graduated in May 2018, passed her boards on the first shot, and was hired on as an optician at the Cherry Hill store.

“Jackie has just knocked it out of the park,” says Miguel. “I’m so glad she’s found her calling.”

As for Miguel, he’s found his calling, too. “I love my work,” he says, “and I love America’s Best. We make an effort to get out into the community whenever we can. We pride ourselves on making eyewear affordable. We also visit local schools, where we let school nurses know that they can send kids to us when the families are in need. That’s because we know how important routine vision care is—it can make all the difference in the way kids learn to read.

In our book, that makes Miguel, Jackie, and the entire Cherry Hill America’s Best team superstars. “A little kindness can go a long way,” Miguel says.